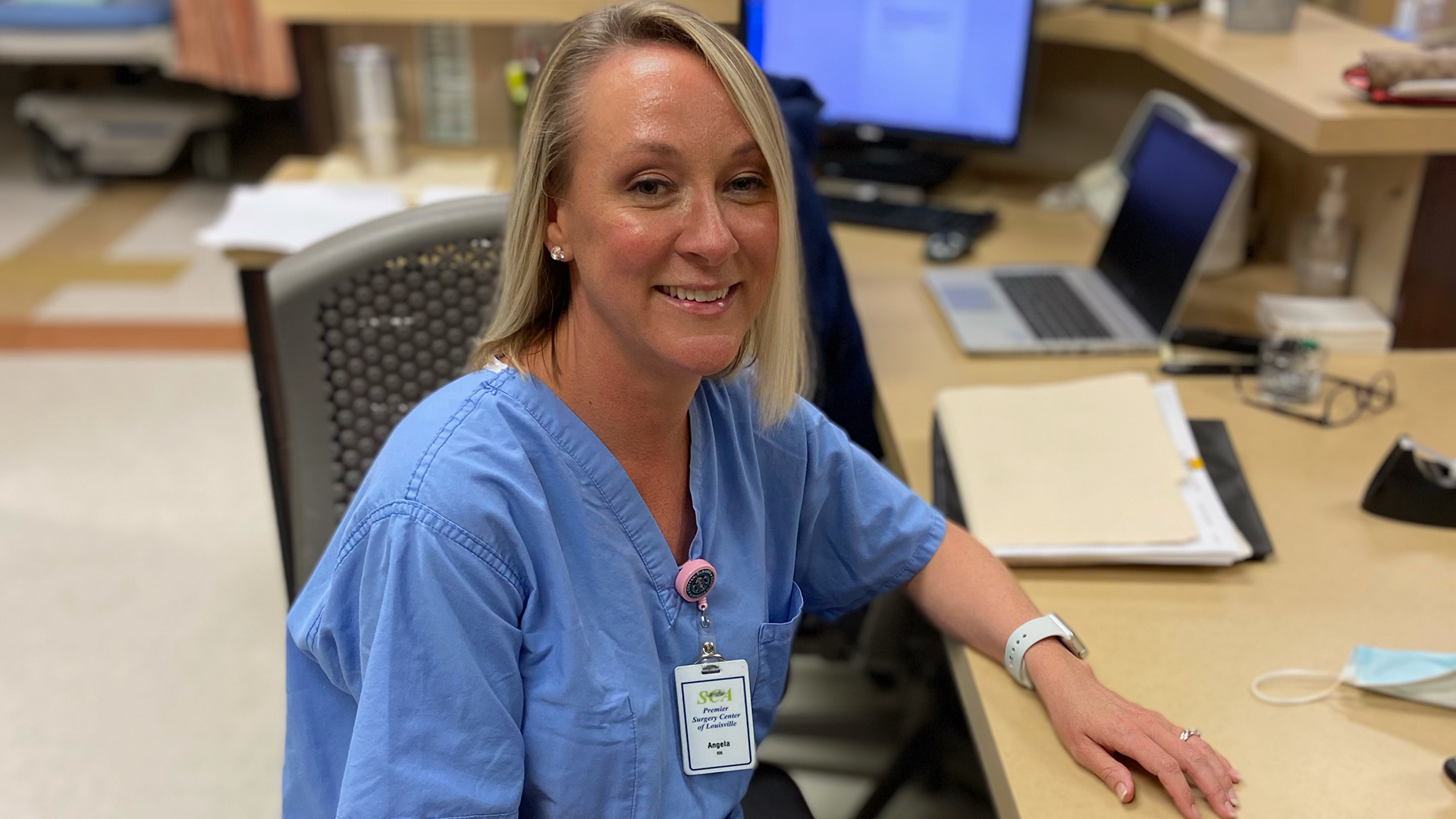 A Hero Among Us

What makes someone a hero? Is it bravery? Selflessness? Sacrifice? Webster defines a hero as “one who shows great courage. Someone who is admired for achievements and noble qualities.”

A hero is not a victim of circumstances, but instead conquers obstacles head on. Someone willing to sacrifice themselves for a stranger in need a moments’ notice. Running towards the danger, not from it. Someone willing to help for no other reason than because they can, in that moment, and they choose to act.

Heroes come in all shapes and sizes. A hero doesn’t choose to be a hero, they become a hero in an instant by taking action in a split second without a second thought.

On the last day of our spring break, I was witness to a true real life hero. Her name is Angela Brasel. She is my wife Andrea’s twin sister. This is the story of how she bravely did what no one else could, without hesitation, and ultimately, saved a woman’s life in front of us all.

Angela has been a registered nurse for over 20 years. She has dedicated her life to selflessly serving and helping others. Two weeks ago, Angela completed a training course on CPR and finished as the leader of the class, displaying confidence and calm for her peers and students practicing what to do for those who need lifesaving care.

She has seen her share of life events, but has never been on the front lines of what I’m about to tell you today. While she’s lived a life of service, even with her training, she could never have anticipated how she would react when tragedy struck out of the blue on vacation. Below is my story of her selfless, courageous, and heroic deeds that saved a life and forever changed many others… including my own.

Life Comes Down to a Few Moments

The last day of our spring break I’m sitting with my family and Angela and Jason (my brother and sister-in-law) and their kids near the pool. It’s 3pm and we are reminiscing on a long week filled with family, pool, and the beach when a man sitting about 15 feet from us yells out “Help! Code red, please call 911. Someone please help!”

We immediately sat up and looked around expecting to see a child hurt near the pool. Instead, it was a woman laying on a pool chair in full cardiac arrest. As the husband cries and pleads for help, time slows, and people stand around in total shock. Someone has called 911. I look over and Angela is immediately heading towards the woman and her husband. She calmly assesses and lets him know she is a registered nurse and here to help.

He is hysterical, shortly after another woman comes over and screams “I’m a nurse… and I’ve never done this before!” Adding fuel to an already tense situation. By this time Angela had already had the woman lying flat, assessed her and began chest compressions.

These aren’t the kind of compressions you see on Baywatch, these are break your ribs to save a damn life chest compressions. It’s 30 compressions and 2 breaths per minute and it’s absolutely exhausting.

Angela was doing all she could to save this woman’s life.

But the heroism doesn’t just end there, at the same time she was also calming and reassuring the husband who was pleading through tears “Please, please save my wife!” The woman’s children and grandchildren were right there witnessing it all as a circle of people surrounded the scene and trying to juggle a few “helpers” who were just adding panic to an already dire situation.

A Turn for the Worse

The woman briefly regained a few short breaths, but then began turning blue. We could see it from 15 feet away as the entire lower half of her body was changing color. She was undoubtedly clinically dead, and as we later learned, had suffered a massive heart attack.

Lifeguards hurried around, eventually bringing over the defibrillator and then forming a human shield holding up towels around Angela and the woman in a circle for privacy. No one knew what to do or how to react except Angela. She took the equipment, connected it to the patient and proceeded to shock her heart.

I looked behind me, Andrea was bawling due to the sheer weight of the moment, but our kids were amazingly calm, as was the rest of the resort. Angela had somehow been able to calm not only the family immediately around her but, with the help of some of the lifeguards and others, was able to keep this entire scene quiet and calm except for the mini-circle right around her.

Just when we thought there was nothing left to do… She miraculously began to breathe! She slowly began to regain some color and but was still fighting for her life.  Eventually, Angela tired and instructed another to assist.

The entire ordeal lasted about thirty minutes as EMS arrived, Angela transitioned the patient and care to the team and updated them not only on her status but in the midst of her lifesaving care had learned that the woman had been suffering from heart burn all day and had recently taken tums before losing consciousness. All extremely valuable information to paramedics. They got her on the gurney and ushered her quickly to the ambulance and the hospital.

Afterwards, many people came up to Angela including hotel staff and guests who witnessed the event, thanking her for her heroic actions. The hotel comped our drinks and even provided Angela gifts including a bottle of wine and a card.

All the while, Angela never once basked in the moment. Her only concern was if the woman was OK and how her family was doing.

Angela admitted that while she seemed calm to all of us on the outside, internally she was terrified… but she acted anyway. She had never even used a defibrillator like the one, but she went with it and worked through it, in real time, in the most pressure packed of life situations. She acted perfectly on all her training and calming actions throughout a whirlwind of obstacles and gave this woman a chance.

It brought tears to our eyes as the hotel staff updated us an hour later saying she was doing well and was likely to recover! Angela received a call from the hotel a few days later saying the woman was not only expected to make a full recovery but was released from the hospital this past Sunday.

It’s difficult to even write this story due to the sheer range of emotions and the gravity of the moment combined with Angela’s courageous actions.

They don’t care who gets the credit, they just see a situation where help is needed and decide to jump in and help.

Angela Brasel did exactly that.

What she did has forever changed not only this woman’s life, but her entire family’s and generations of other lives as well.

Read Bio
Share:
By continuing to use this site, you accept our legal disclosures.